SUPPORT A GOOD CAUSE: For every copy of Killing Godiva's Horse sold through April 10 to April 30, we'll contribute to the Center for Protected Area Management, at Colorado State University, and their crowdfunding campaign to bring several promising young women conservationists to their summer course. 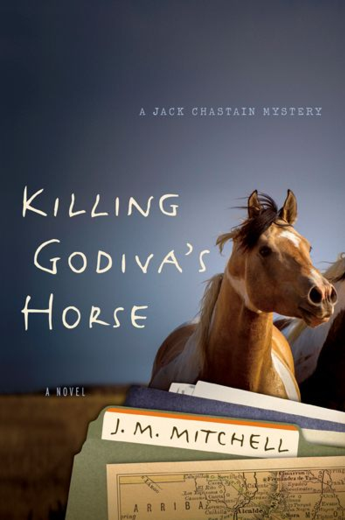 It's not the bears you should fear.

A murder, … international and political intrigue, … a national monument under attack, … possibly the most timely novel of the year.

Ranger Jack Chastain returns in Killing Godiva’s Horse, a national park mystery set in parks on opposite sides of the world. What’s at stake? Lives, heritage, and truth.

Chastain is pulled into battle by a man trying to start a western lands rebellion. To hide him until the storm passes, Jack is sent to Kenya to finish the research of a scientist killed by rhino poachers. While there, he hears something quite unexpected—and shocking. The campfire revelation pitches Jack into a dangerous investigation of a ruthless rhino horn buyer, and secrets from his own past battles lost. No sooner has he started than Jack’s life in New Mexico comes unraveled, forcing him to disobey orders and return home, and—inadvertently—onto a raft on an angry river, trapped between warring politicos.

One man’s pain can be another man’s game. If the game is being played to hide secrets, then truth can be hard to find, hidden among those lies left by the horse someone rode in on.